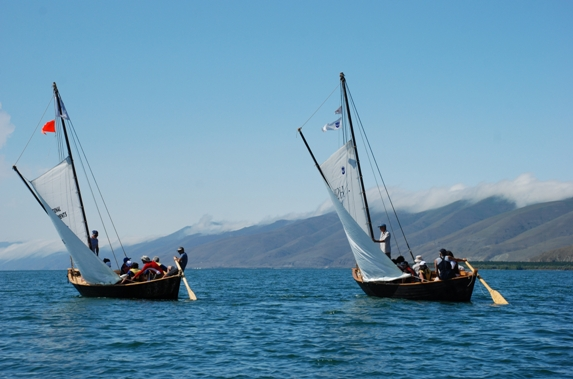 Tsaghkadzor: The tour will begin with a trip to Tsakhkadzor – a popular resort town, which is beautiful in any season, but is especially attractive to tourists in the winter due to the excellent conditions for skiing. Here you will visit the monastery of Kecharis built in XI-XIII centuries. In Tsakhadzor, you will also be able to take the cable car and enjoy the surrounding beauties from bird’s eye.

After Tsaghkadzor we continue our trip to Sevan lake, which is the largest body of water in Armenia and the Caucasus and one of the largest freshwater high-altitude lakes in Eurasia.

Sevanavank: To complete our trip we visit Sevanavank, It is a monastic complex located on a peninsula at the northwestern shore of Lake Sevan in the Gegharkunik Province of Armenia, not far from the town of Sevan. Initially the monastery was built at the southern shore of a small island. According to an inscription, the monastery of Sevanavank was founded in 874 by Princess Mariam, the daughter of Ashot I (who became a king a decade later). At the time, Armenia was still struggling to free itself from Arab rule.

After our trip we will back to Yerevan.

After Sevanavank, we drive to Dilijan, here we do city tour and visit Haghartsin monastery dating back to the 10-14th century. Lunch in the restaurant. Back to Yerevan.