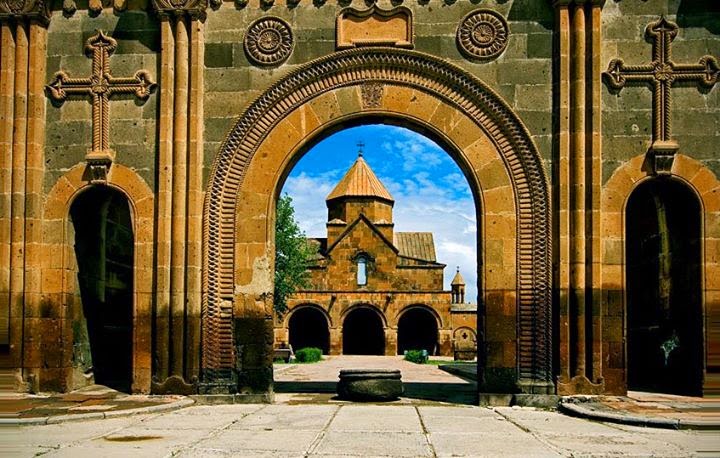 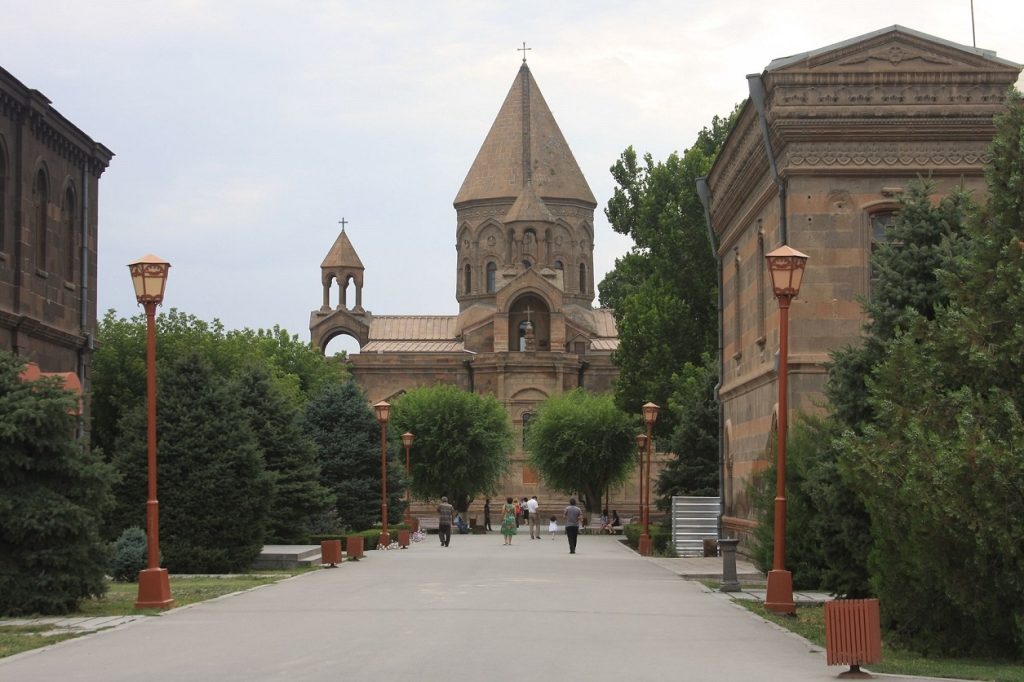 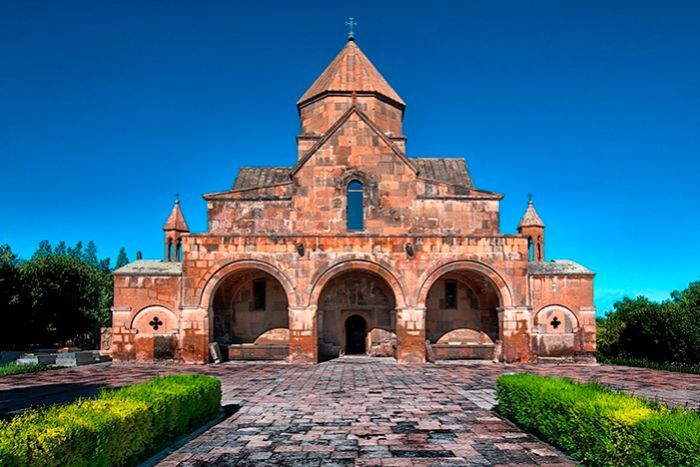 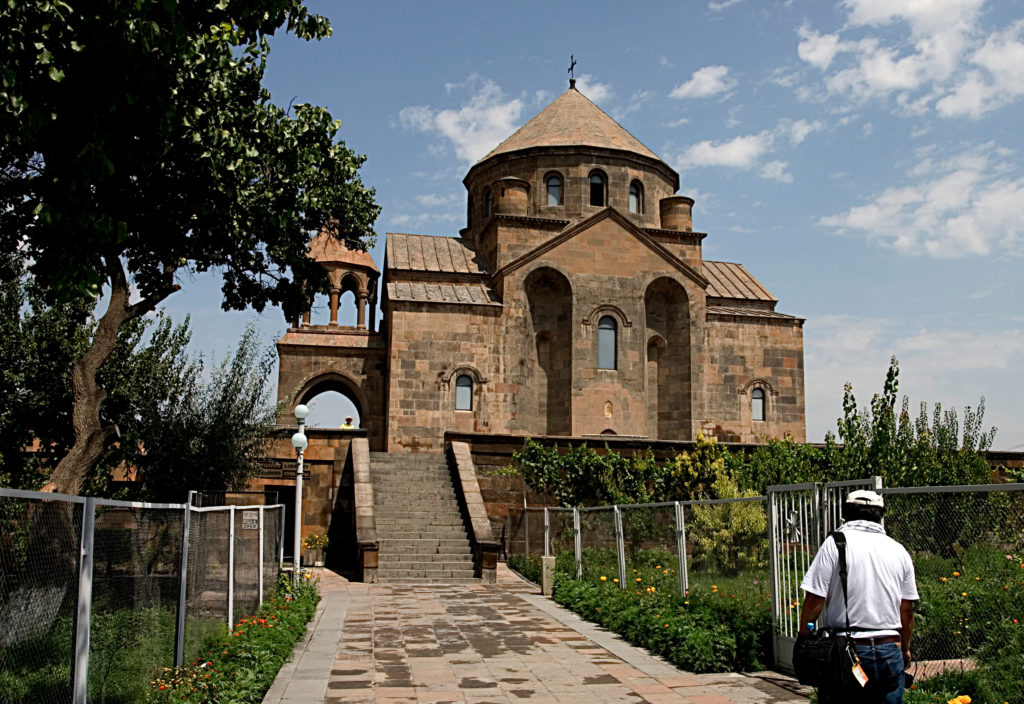 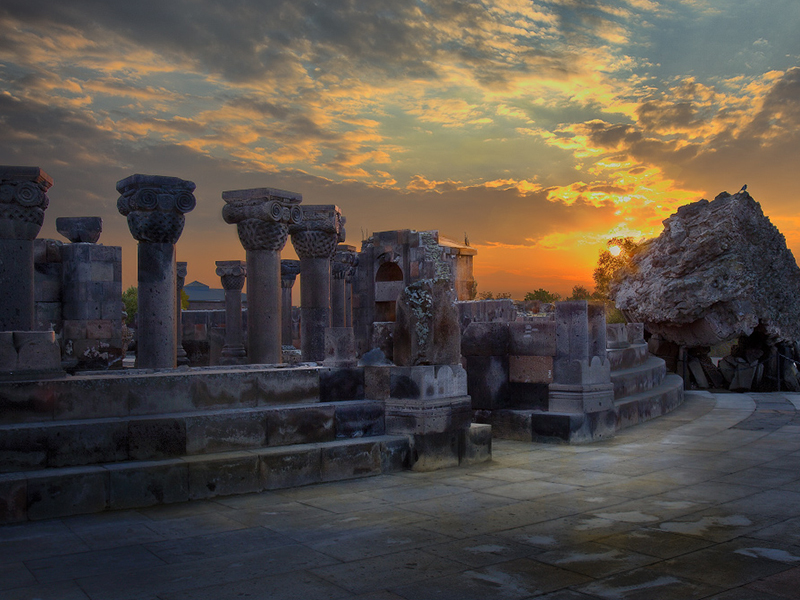 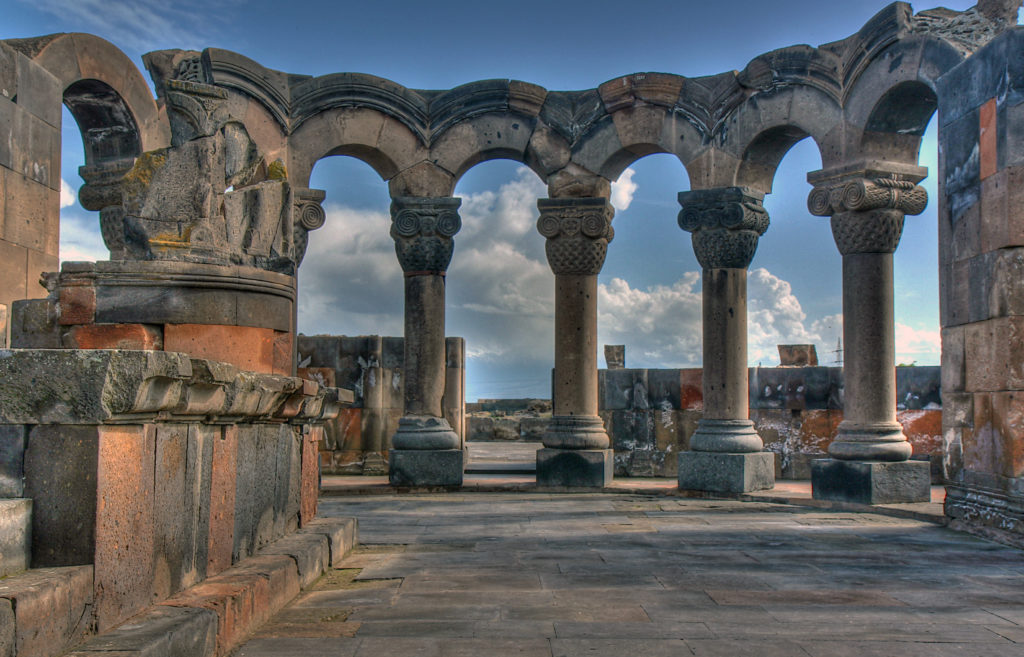 Our today’s tour we start from wine and cognac degustation and Yerevan overview.

The next step is Zvartnots: The early medieval architectural monument, located 3 km southeast of the Etchmiadzin. In 1989 he was included in UNESCO’s World Cultural Heritage list.Zvartnots was built during the reign of Catholicos Nerses III Tayetsi in 643-652. It is expected that in the area of the Zvartnots was a temple of the pagan god Tir.

We start our tour in Ejmiatsin from St. Hripsime church, Included in the UNESCO World Heritage list. According to legend, Hripsime with the Christian virgins, avoiding the Emperor Diocletian (284-305) persecution, fled to Armenia and started preaching Christianity, but she was killed by the Armenian King Trdat the Great along with 32 virgins.The church was built In the place of the Virgins’ martyrdom by Komitas Aghtsetsi I in 618.

St.Gayane: It is the Armenian architectural monument. One of the General sacred sites of the Armenian Apostolic Church. The church is situated in Ejmiatsin city. Built in 630 AD, during the reign of Catholicos Ezra, in place of the chapel, on the tomb of Virgin Gayane.

Etchmiadzin Cathedral is the mother church of the Armenian Apostolic Church, located in the city of Vagharshapat (Etchmiadzin), Armenia.According to most scholars, it was the first cathedral built in ancient Armenia, and is considered the oldest cathedral in the world. The temple was built in the IV century, after the proclamation of Christianity as the state religion.Cathedral was built by first patriarch of the Armenian Church, St. Gregory the Illuminator. According to tradition Illuminator saw a vision, when Son of God came down from heaven and with the golden hammer hit the ground, showing the place where the cathedral should be built.

Treasury:The treasure-house of Holy Etchmiadzin was built by Aleq Manukian and his wife Marie Manookian, located on the south-eastern side of the temple. It was opened in 1955. There are represented unique relics in the museum, The most famous and memorable treasure of the museum is the Holy Spear, which Christ was pierced with, the remains of Noah’s Ark, as well as many other valuable works of art.